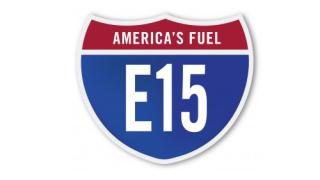 ALEXANDRIA, Va. —  The recent announcement from President Biden that the Environmental Protection Agency (EPA) will issue a national, emergency waiver allowing the sale of E15 gasoline this summer was met with applause from several trade groups.

The EPA is also considering additional action to facilitate the use of E15 year-round, including continued discussions with states that have expressed interest in allowing year-round use of E15 and possible modifications to E15 fuel pump labeling.

NATSO, which represents truck stops, travel plazas and off-highway fuel retailers, and SIGMA: America's Leading Fuel Marketers, were among those commending the Biden Administration for permitting year-round sales of gasoline containing 15 percent ethanol (E15). The industry cautioned, however, that ongoing impediments related to infrastructure compatibility could limit market penetration of higher blends of ethanol being sold in the United States.

"Fuel retailers will continue to face obstacles to investing in E15, primarily in the form of infrastructure compatibility concerns and associated liability exposure. While [the] announcement is positive, until these obstacles are removed, they will impede the sale of higher ethanol blends."

"The industry looks forward to working with the [Biden] Administration, lawmakers and all industry stakeholders to address these outstanding concerns," NATSO and SIGMA concluded.

The fuel retail industry has advocated for year-round E15 sales to help lower fuel prices for consumers while enhancing the industry's fuel options and improving the carbon intensity of those fuels.

E15, a blend containing 15-percent ethanol, is currently offered at 2,300 gas stations across the United States. At current prices, E15 can save a family 10 cents per gallon of gas on average, and many stores sell E15 at an even greater discount, the White House wrote in a statement.

Alexandria-based NATSO is the trade association of America's travel plaza and truck stop industry. Founded in 1960, NATSO represents the industry on legislative and regulatory matters; serves as the official source of information on the diverse travel plaza and truck stop industry; provides education to its members; conducts an annual convention and trade show; and supports efforts to generally improve the business climate in which its members operate.