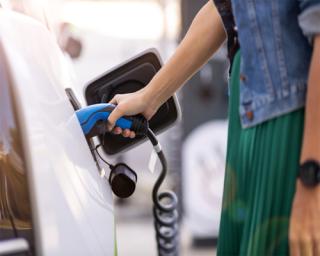 ALEXANDRIA, Va. — NATSO and SIGMA cheered the U.S. Department of Transportation and the Department of Energy's announcement that $5 billion will be made available under the new National Electric Vehicle Infrastructure (NEVI) Formula Program.

The program was established by the Infrastructure Investment and Jobs Act to build out a national electric vehicle (EV) charging network.

"We applaud the Biden Administration for deploying funds under the electric vehicle formula program in a manner that directs states to contract with the private sector to install and operate electric vehicle charging to create a network of EV charging stations along designated Alternative Fuel Corridors," the fuel associations wrote in a statement.

The Biden Administration on Feb. 10 announced that new or upgraded electric vehicle charging stations would be placed every 50 miles along interstate highways as part of its plan to encourage national adoption of zero-emission vehicles without range anxiety, one of the main concerns drivers of electric vehicles have expressed in the past.

States need to submit plans to the federal government and can begin construction by this fall if they focus first on highway routes, as opposed to neighborhoods and shopping centers, The Associated Press reported.

Each station needs to have at least four fast-charger ports, enabling drivers to fully recharge their vehicles in an hour.

"Our industry understands that electric vehicle drivers will expect their driving and refueling experience to be as safe, seamless and predictable as it is today. There is no range anxiety today for drivers of gas-powered vehicles. That is achievable for electric vehicles as well," NATSO and SIGMA stated. "Our industry offers competitive and transparent pricing, prime real estate and the amenities that drivers want and need. Thousands of truck stops and travel centers are conveniently located less than one mile from highway exits, are highly visible, and provide the amenities such as security, food and restrooms that customers need while taking 20- to 30-minute breaks during long-distance travel."

The fuel associations added that smaller-format fuel retailers are found throughout the country, including in communities where most residents cannot reliably charge their electric vehicles overnight.

"These businesses are also well-suited for fast, on-the-go charging that does not require a full fill-up," NATSO and SIGMA wrote.

NATSO and SIGMA, both based in Alexandria, Va., collectively represent more than 80 percent of fuel retailers in the United States and have long held that President Biden's goal of establishing a nationwide network of EV charging stations is best achieved by harnessing the existing nationwide network of refueling locations.

"We look forward to continuing our discussions with the administration and state transportation departments as they implement funding to further encourage private-sector investment in electric vehicle charging," the fuel associations concluded.