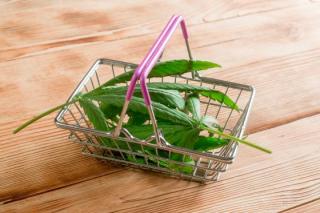 What does Sigmund Freud have to do with convenience retailing? A lot, actually.

As you may recall from Psychology 101, Freud’s model included the id (our wild, instinctual desires), the superego (the moralizing part of us that aims to squelch all of that), and the ego (the realistic mediator between the two).

Designers, architects and engineers routinely see the interplay of these different elements of the human psyche in their work on behalf of convenience store retailers. At a single c-store, a shopper in id mode could pick up alcohol, tobacco or vaping products, while a person listening to the superego could buy the likes of a plant-based burger, a quinoa bowl or a lemon-kale smoothie.

The mix of merchandise in today’s c-stores reflects the continual ebb and flow of this dynamic tension within consumers. It helps explain why the industry is so adept at pivoting to, or even anticipating, major consumer trends.

Take the greater openness to recreational cannabis in North America. Rather than ignoring the shift, the industry is gearing up to integrate cannabis into at least some c-store locations and/or site-selection strategies.

Canada legalized recreational cannabis in 2018. In the United States currently, recreational cannabis cannot be sold in c-stores due to continuing federal-level prohibition. But indeed, some industry stakeholders are already preparing to seize the opportunity when and if it emerges. Publicly traded Fire & Flower, for instance, announced that it is taking steps “to open in key markets ahead of federal permissibility of adult-use cannabis in the U.S.”

Some observers see cannabis and c-stores as a natural fit. C-stores, they note, have a long history of selling age-restricted products in a safe and legally compliant way. Why shouldn’t cannabis be an option as well? Already, thousands of c-stores sell non-psychoactive CBD products and so, it is reasonable to foresee a day in which the sale of THC-infused gummy bears, lollipops, beverages and the like becomes routine.

These products could be kept physically apart from other SKUs in much the same way that tobacco is restricted currently. As some see it, open counter displays filled with jars of “weed” may not be necessary — just a few prepackaged products would do, with minimal square footage required.

To be sure, federal legalization of recreational cannabis shows little sign of passing Congress for now. But as forward-thinking c-store companies work with architectural/engineering (AE) and design firms to plan stores of the future, they would do well to explore the specifics of how cannabis sales could affect operations, architecture and branding.

Legal and risk-management experts should be part of these discussions as well to cover how any new federal laws could interact with state and local restrictions. For example, would c-stores offering THC-containing products need to be a certain distance from churches or schools? What other operational constraints could come into play?

Countervailing trends are part of the picture here. In recent years, AE and design firms have increasingly worked with convenience retailers to adjust store layouts in response to tighterrestrictions imposed by local jurisdictions on alcohol, tobacco and vaping products. It is likely that in some states, cannabis sales at c-stores may be possible only if there are separate entrances, as well as dedicated personnel.

The impact of these new operations on the look and feel of the store and the impression this creates in the mind of the consumer also merit forethought. Certain operators pride themselves on their family-friendly brands. What happens if they offer cannabis sales in a section of the store that looks to some like “a shady backroom”? How could the mere availability of cannabis at their stores, even if discretely handled, affect a convenience retailer’s brand image?

The moderating influence of the ego, in the Freudian sense, could be part of the solution: Companies and their AE and design partners may seek to find a muted, properly balanced approach to cannabis branding, as has often been attained with alcohol and tobacco sales.

In other cases, the answer may lie elsewhere in the psyche. A family-friendly chain in the Southeast could flatly decline to sell cannabis (superego) and even create some messaging around this stance. Or a larger company with an established brand could spin off a new concept geared toward being a hotspot for cannabis sales (id); creating a new, more freewheeling offshoot would allow that company to protect its original brand’s family-friendly equities.

The point here is not so much to tout cannabis as an opportunity. Rather, it is to underscore the value of being adaptable and carefully considering how consumer trends could affect store design, layout, pedestrian flow, and even architecture and utilities.

The industry’s strong track record of staying flexible in this way is why these authors are skeptical of assertions that Amazon Go or electric vehicles will somehow doom North American c-stores.

To be sure, things are changing fast. But the industry has always been affected by demographic shifts, product innovations, and regulatory changes. This will continue to be the case as c-stores further diversify their offerings to meet more of their consumers’ daily needs — and wants, too.

Joseph Bona is founding partner and president of Bona Design Lab, which has elevated the retail experience on behalf of convenience store clients such as Shell Select, Alltown, Migrolino (Switzerland), Ipiranga (Brazil) and Adnoc Oasis (UAE). He can be reached at [email protected]

James Owens, AIA, NCARB, is a vice president and shareholder at HFA, which leverages decades of experience in architecture, engineering and design to find solutions for c-store leaders. The firm’s client list has included Love’s Travel Stops, Kum & Go and EG America, to name a few. He can be reached at [email protected]

This is the third in a series of columns exclusive to Convenience Store News. This column is based on a chapter in the 2021 HFA/Bona Design Lab whitepaper, "Reimagining Sites & Stores: Perspectives on the Future of Convenience Retail."