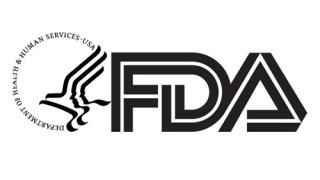 The appropriations bill, signed by President Joe Biden on March 15, includes a section granting the FDA authority to regulate tobacco products that contain nicotine not made or derived from tobacco (e.g., synthetic nicotine).

The bill amends the definition of the term “tobacco product” under the Family Smoking Prevention and Tobacco Control Act to define a tobacco product as “any product made or derived from tobacco or containing nicotine from any source, that is intended for human consumption.”

The new authority closes a loophole that allowed some vapor companies to remain on the market despite the FDA's focus on removing flavored electronic cigarettes and vapor cartridges in early 2020.

Following the agency's new policy banning the manufacturing, distribution and sale of unauthorized flavored cartridge-based e-cigarettes — other than tobacco or menthol — some manufacturers like Puff Bar reformulated their products to use synthetic nicotine, according to The Wall Street Journal.

The manufacturer can continue selling its product for an additional 90 days after the effective date. Once that period ends, the product would need to be removed from the market if the FDA has not approved the PMTA.

Putting synthetic nicotine under the FDA's regulatory umbrella comes 13 years after Congress gave the agency regulatory authority over tobacco products, or those derived from tobacco, under the Family Smoking Prevention and Tobacco Control Act of 2009. In its first step under the act, the agency banned flavored cigarettes, excluding menthol.

However, a menthol ban is now on the table. As early as next month, the agency is expected to reveal its plans for menthol cigarettes and flavored cigars in a few short months.

The FDA has been eyeing the removal of menthol for more than a decade. In a March 2011 report, the FDA's Tobacco Product Scientific Advisory Committee (TPSAC), recommended that removing menthol cigarettes from the market would benefit public health. However, after several tobacco companies challenged the make-up of the TPSAC, in 2014 U.S. District Court Judge Richard Leon in Washington, D.C., barred the agency from using the report ordered by the FDA to reconstitute the tobacco panel.

The agency has not made any moves on the issue since that July 2014 ruling until the April 2021 announcement that it was working on product standards that covered menthol.