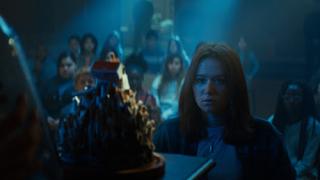 The agency added research shows that a significant proportion of high school students experienced poor mental health during the past few years.

The ads will air nationally on youth-focused channels across digital platforms, social media and streaming radio, as well as on TheRealCost.gov. When youth click on the ads, they will receive more information and a suite of resources for teens facing struggles with nicotine addiction, mental health, and more.

The agency is also making social media content, including the new ads, available on its Tobacco Education Resource Library for public health organizations and other interested stakeholders to use on their social media channels.

The new ads mark the next phase of "The Real Cost" initiative to combat cigarette smoking among teens. The FDA launched the campaign in 2014 to educate 12- to 17-year-olds who are at risk for smoking about the harmful effects.

According to the agency, research shows "The Real Cost" prevented up to 587,000 youth ages 11 to 19 from initiating smoking between February 2014 and November 2016. The campaign has also generated more than 22 billion teen views since 2014, and across multiple social media platforms, the FDA has engaged teen audiences with more than 5 million likes, 1million shares, and more than 400,000 comments.