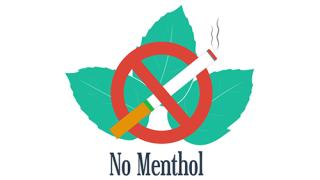 SILVER SPRING, Md. — The Food and Drug Administration (FDA) added 30 days to its timeline for the public to submit comments on its proposals affecting flavored tobacco products.

The FDA released the proposed new product standards in late April and laid out a timeline for the public to make its voice heard. The agency began accepting public comments on the proposed rules on May 4 and held public listening sessions on June 13 and 15 for individuals, communities and organizations to share their perspectives with the FDA.

It also gave the public until July 5 to submit either electronic or written comments directly to the dockets on the proposed rules.

Earlier this month NACS, NATSO and SIGMA asked the FDA to extend the public comment period by 60 days.

"Given the complexity of the rules, the extensive data to analyze and the impact to the marketplace to consider, the associations are requesting a 60-day extension of the comment period. This additional time will ensure the associations and our retail members can provide FDA with detailed and meaningful comments on these complex issues," wrote the groups in a letter to the FDA.

According to an FDA statement obtained by NACS, the industry groups were not the only ones requesting an extension.

"We believe that a 90-day comment period is appropriate as it allows adequate time for interested persons to fully consider the proposed rules, including specific requests for comments, and develop and submit comments without significantly lengthening the rulemaking proceedings," the agency added.

"History has proven that prohibition of a legal product that has an established user base doesn't work and has negative consequences for our communities," stated Anna Blom, NACS director of government relations. "Unfortunately, many current users of these products will seek out illicit sources who don't check IDs and who sell counterfeit products smuggled into the country."