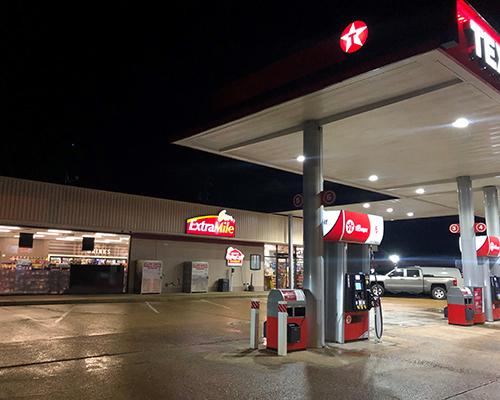 Four years later, EMCS has opened its 1,000th store and is well on its way to achieving the goal — and maybe even reaching it ahead of schedule.

"We think that there is opportunity to accelerate our growth and reach that milestone of doubling the network in a shorter timeframe than what we had originally anticipated," EMCS President Paul Casadont told Convenience Store News.

The venture's steady growth is even more impressive considering it's partially taken place during the global COVID-19 pandemic that has significantly disrupted the supply chain.

Along with growing the store count, EMCS has been able to recruit what Craig Morgan, director of operations, calls "great talent" during the pandemic, positioning the venture to continue its growth going forward and accelerate where possible.

"We're in a really strong point in our history with regard to our capability," Casadont said.

As the ExtraMile brand grows, it is also broadening its methods of serving customers.

For instance, delivery was previously on EMCS' radar, but the pandemic pushed the company to develop and deploy a delivery program as soon as possible. In mid-2020, EMCS began using online ordering and delivery consolidator Otter.

Today, store employees manage orders from multiple third-party companies, such as UberEats and DoorDash, with a single tablet instead of dedicating one device to each provider.

Currently, almost 60 percent of the ExtraMile network participates in a delivery program. While the company is still evaluating whether it's right for every location, EMCS is making delivery available to all of its franchisees.

Changes can be seen in the stores themselves, too. The brand's image refresh program is expected to be in place across more than half of the ExtraMile network by the end of 2021 following conversions and new stores being built according to the new design.

Refreshed stores sport a modern look and feel, according to Morgan. "The color palettes and everything speak to current designs and desires," he said. "We got a lot of really positive feedback from not just consumers as they walk in, but also our franchisees."

The image refresh is currently optional for franchisees. EMCS expected demand to taper off after about a year, but that hasn't happened thanks to continued franchisee enthusiasm.

"Right now, we're just trying to keep up with it," Morgan said. "There's such large demand. Everybody is pretty excited about it. Hopefully that'll continue."

Other updates are underway around the brand's loyalty program, private label offerings, back-office system, and even its mascot known as ExtraMan.

"What we have been very actively doing is getting ExtraMile positioned for the next five years, 10 years, 15 years," Casadont told CSNews.

The recent opening of the 1,000th EMCS ExtraMile store in Vernon, Ala., marked the brand's entrance into the Southeast, with more locations in this region on the way. 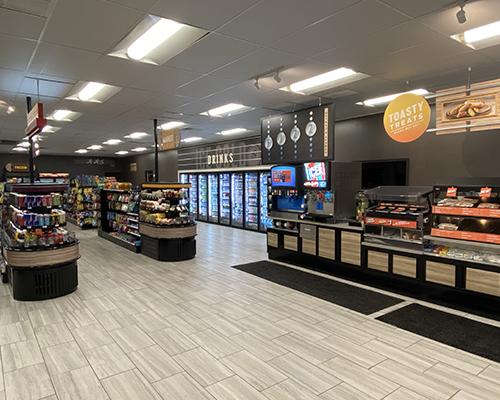 EMCS anticipates having "many" locations in Alabama and Mississippi. The first store in Mississippi is slated to open in January 2022, according to Casadont.

While not all Chevron and Texaco branded sites in the Southeast will become ExtraMile stores, the strength of those brands in the region is likely to help accelerate growth.

"Wherever there is a Chevron or Texaco branded fuel location, there could potentially be an ExtraMile store in the future," Casadont said.

And future growth won't be limited to the Southeast, as EMCS plans to keep growing in its core markets throughout the Western states as well.

"From a cultural perspective, certainly there's been an infusion of entrepreneurship as a result of the joint venture, which really has come from the Jacksons side of ownership," he said. "They have a significant track record of success as entrepreneurs and that has definitely been brought into our organization and our mindset."

EMCS has six years to go on its original deadline to double in size, but the company doesn't plan to stop once it meets that milestone.