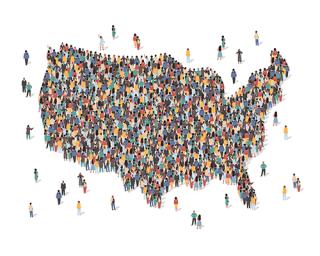 NATIONAL REPORT — In today’s convenience store marketplace, chains are expanding their footprints at a rapid pace, with many entering brand-new markets to extend their reach.

In the past year, RaceTrac Petroleum Inc. reentered the state of Alabama after a 15-year absence; Sheetz Inc. opened its first store in the Columbus, Ohio, market; Kwik Trip Inc. announced plans to move into both North Dakota and South Dakota with new construction; Kum and Go LC revealed plans to open stores in Utah and Michigan for the first time; and QuikTrip Corp. made its entrance into both Tennessee and Louisiana.

“There are not a lot of big acquisitions left because so many of them happened in the last couple of years, and the companies left standing are not going anywhere soon. We are not seeing big deals on the horizon, so companies are buying smaller chains or growing organically through new construction now,” explained Dennis Ruben, executive managing director of NRC Realty & Capital Advisors LLC, based in Chicago.

In terms of market selection, many convenience retail chains are expanding into new markets that not only make sense for their store models, but also for their distribution networks.

Those who have already saturated the markets they are operating in need to expand to other related markets in order to grow, Ruben pointed out.

“They are looking at markets with a close enough radius to where they have the distribution and efficiencies in economies of scale, like RaceTrac which is expanding into adjacent states,” he noted. A year ago, RaceTrac reentered the Alabama market after 15 years with a new store in Gardendale, with plans to add more stores in the area.

This is also true for QuikTrip’s first location in Louisiana, where the company opened a travel center in April 2021 in Shreveport. The site features a complete selection of grab-and-go items and an expanded QT Kitchens serving up fresh, made-to-order food and premium specialty drinks.

“QuikTrip’s new store model is created specifically for highly traveled areas of the country that are also within a reasonable proximity to a QT Distribution Center for access to fresh food,” Aisha Jefferson-Smith, spokeswomen for QuikTrip, told Convenience Store News.

When selecting areas in which to purchase or build, Ruben noted that chains will look at what markets are underserved, and what is adjacent to states where they already have distribution centers and facilities that can serve those markets.

One market that falls into the underserved category is Denver, Colo., which is where Kum and Go moved into recently. QuikTrip also has plans to move into the Denver area with new stores, according to Jefferson-Smith.

“Florida is still a red-hot market, although some parts have been challenging,” added Ruben. “Wawa went there in a big way and they have been growing pretty rapidly.”

In addition to logistic considerations, c-store operators also look at the demographics of an area and how their store models and products might fit in. Many chains are also analyzing population data, trying to figure out where people are moving across the country.

For example, there have been a lot of people leaving the Northeast and Midwest and moving to the Southeast, including North Carolina, South Carolina, Georgia, Florida and even Texas, noted Terry Monroe, president of American Business Brokers, based in Fort Myers Beach, Fla.

In fact, 7-Eleven Inc. this past summer announced three new stores under construction for its entry into the South Carolina market, in addition to 20 stores it acquired from Speedway.

“It’s about following the people, and the demographics have really shifted in the last several years,” Monroe stated. “Looking at population, competition and who are the customers in the market, to see if the model and offerings are a fit, is key.”

This is one of the reasons RaceTrac decided to reenter the state of Alabama after 15 years, according to Brian Thornton, vice president of construction, real estate, engineering and special projects. The region has been showing “an influx of new residents and businesses that provide an exciting opportunity,” he said in a news release. “We believe the region’s population and business growth, specifically the technology, aerospace and auto-manufacturing sectors, provide a foundation for continued growth for many years to come across the state.”

It is expected that the c-store market will continue to grow and expand at a rapid pace, and in many ways, the pandemic helped because it brought a lot of new people into c-stores since so many restaurants and other businesses were shut down, noted Monroe.

The pandemic “was a tremendous boost for the c-store industry and gave it a lot of credibility, where people started visiting and eating the food,” he said. “The food products and presentation from the c-stores really got enhanced and discovered by customers who didn’t know about them before.”