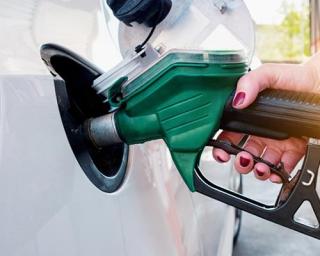 WASHINGTON, D.C. — With the flick of his pen, U.S. Environmental Protection Agency (EPA) Administrator Andrew Wheeler signed the final action that would remove the key regulatory barrier to using gasoline blended with up to 15 ethanol, or E15, during the summer driving season, making the blend available to be sold year-round.

The EPA had long restricted sales of the fuel during summer months to prevent against potentially dangerous increases in air pollution. But under pressure from Midwestern farmers, whose corn crops feed ethanol production, the Trump administration announced last year it planned to waive the restriction, Chron.com reported.

However, with today's action, EPA is finalizing regulatory changes to apply the 1-psi Reid Vapor Pressure (RVP) waiver that currently applies to E10, or standard gasoline, during the summer months so that it applies to E15 as well. This removes a significant barrier to wider sales of E15 in the summer months, thus expanding the market for ethanol in transportation fuel, according to the EPA.

The association is also taking steps to finalize regulatory changes to reform certain elements of the renewable identification number (RIN) compliance system under the RFS to increase transparency and deter price manipulation in the RIN market.

The reforms include requirements for public disclosure if a party's RIN holdings exceed certain thresholds and additional data collections to improve EPA market monitoring capability. These new reforms will also help EPA continue to gather the information needed to decide whether further action is needed to ensure stability in the RIN market.

NATSO, the national association representing truckstops and travel plazas, the National Association of Convenience Stores (NACS) and the Society of Independent Gasoline Marketers of America (SIGMA), commended the EPA for finalizing only those aspects of its RIN Market Reform Proposal that enhance disclosure requirements.

"We are still analyzing the rule, but at first glance we are pleased that EPA appears to have hit the sweet spot here by reasonably enhancing disclosure requirements without altering market participants' behavior," the trade associations said in a joint statement. "We appreciate that EPA chose not to promulgate unnecessary regulations that came with a high likelihood of unintended, counterproductive consequences."

The EPA initially had proposed a number of reforms that would have reduced the incentives for retailers to continue buying, blending and selling renewable fuels. In comments filed with EPA as part of the rulemaking process, the fuel retailing groups opposed those reforms, which would have disrupted the market. Additionally, they did not object the sale of E15 year-round, nor did they oppose enhanced disclosure requirements.

"We have always agreed with the President's assertion that the outdated summertime prohibition on E15 was 'unnecessary' and 'ridiculous.' E15 already has a proven track record for saving drivers money at the pump and reducing emissions, and today's action will ensure that more Americans are able to enjoy those benefits," he commented. "Year-round E15 will also provide a badly needed long-term demand boost for our industry and America's farmers, who face a number of daunting challenges today."

"With year-round E15, retailers will have the regulatory certainty they need to offer American drivers a cleaner, more affordable fuel choice throughout the year. This action also means savings for American motorists at the pump and a sorely needed market for farmers who are facing a devastating economic downturn," Growth Energy President Emily Skor said. "We estimate this one change will generate over a billion new gallons of ethanol demand in the next five years. Over time, demand for E15 could boost the market for American grain by an additional two billion bushels."

Over the last decade, Growth Energy has worked with fuel retailers to expand options for American motorists. Today, E15 is sold at more than 1,800 locations in 31 states, with many more expected in the months and years ahead.

"The Iowa biofuels community thanks President Trump for delivering on his promise to allow consumers year-round access to E15," Shaw said. "This is positive news for rural Iowa at a time when we can really use it. E15 will provide an immediate boost for ethanol demand and the long-term potential is quite significant. As a lower-cost, cleaner-burning fuel, E15 has been in high demand where it has been available."