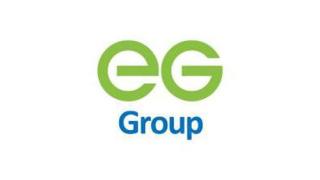 BLACKBURN, United Kingdom — EG Group may be exploring a sale of its retail arm in the United States.

No firm decisions about specific transactions have yet been made, an unnamed source close to the company told the news outlet. EG Group's board of directors could also choose to reduce discretionary capital expenditure as an alternative to, or in addition to, asset sales as a way of effectively managing the company's liquidity, the source added.

The company entered the U.S. convenience store market in 2018 when it acquired Cincinnati-based The Kroger Co.'s c-store network for $2.15 billion, giving it a base of 762 c-stores operating in 18 states.

EG Group previously explored a sale that could have been valued at roughly $15 billion in fall 2021, as Convenience Store News previously reported. At the time, the company also considered going public.

It also reportedly previously considered a merger with Laval, Quebec-based Alimentation Couche-Tard Inc. In spring 2022, a report by The Wall Street Journal indicated that the two international retailers were exploring a possible tie-up and had traded proposals that put EG Group's value at the time around $16 billion.