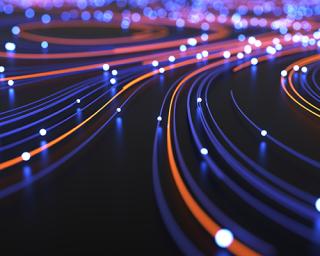 The Oct. 12 deadline for convenience stores to update their point-of-sale (POS) devices from POSReady 7 to Windows 10 has come and gone. As a result, c-store retailers still running the outdated software on their devices are no longer supported by the software giant and have opened themselves up to several risks in the process.

What exactly does the "end of support" for this operating system mean for these retailers?

Many see a choice of two paths: implement costly hardware upgrades if Windows 10 cannot run on their old hardware or, as a last resort, pay extended support fees per device — the penalty for your hardware and software being "out-of-cycle."

Playing the waiting game, risking compliance and security issues, should not be an option. However, there is a third option for retailers: virtualizing their existing POS application so that it can be upgraded to Windows 10 and still run on older hardware.

Although it is understandable stores have put off upgrading their systems in favor of other investments — like alternative checkout options to cater to COVID-19-era convenience and safety-driven consumers — the time has come for the switch to Windows 10 to become a priority. You have to upgrade at some point. It’s simply too risky to wait.

Here are some reasons behind upgrading those critical POS systems, and suggestions for how c-store operators can affordably and more easily do so, sooner rather than later — for this software death and future ones as well.

According to TechRepublic, cybercrime against retail brands was up 41 percent during the pandemic. As such, retailers must be vigilant in ensuring store systems are kept up-to-date and compliant. Doing so will limit exposure to such attacks and increase the likelihood for better recovery capabilities should a cyberattack occur.

At the same time, c-stores with large, distributed store estates — each typically containing multiple POS terminals — face significant costs to upgrade all their devices. Without upgrading, however, their POS terminals can't access the latest updates and patches, exposing the stores to higher security and compliance risks.

Remember, POS terminals, including self-checkout kiosks, are PCs running on POS-specific software. They depend on the same support and upgrade cycles as other computer platforms and on the continued support of operating system and application providers, such as Microsoft.

The end of support for POSReady 7 systems should act as a reminder for retailers to act and invest in their IT stacks now to avoid costly last-minute fire drills, and to plan ahead for future software deaths.

It's true that POSReady 7 software will still run even though the support period has ended. But is this risk of non-PCI compliance worth it? And what are some options for upgrading IT systems?

One possibility is to rip and replace POS hardware. This option, though, is expensive, particularly for brands with numerous stores and devices per location. Along with the expense, c-stores could face prolonged downtime, resulting in cart abandonment and lost revenue; not to mention reputational damage to the brand.

A more viable suggestion is for c-stores to use this as a golden opportunity to break the dependency between hardware and software forever, by embracing a software-defined strategy and virtualizing the combination of the new POS application software and operating system.

Virtualizing devices decouples the software from the hardware, so you can upgrade your existing POS application and run the latest software on older hardware. Your hardware is now independent from vendor support cycles.

A virtualized POS integrates everything from printers to cash drawers to magnetic strip readers to barcode scanners to check readers to ancillary displays —with PCI compliance intact.

Further, this method allows c-stores to extend the life of legacy POS hardware, saving costs and providing the flexibility to quickly change devices and applications when needed.

The bottom line is virtualization removes dependencies on hardware and operating system versions, while simultaneously improving resiliency. Beyond the POSReady 7 conundrum, virtualizing the POS application prepares retailers for software deaths likely to occur in the future.

Don't Wait to Update to a Software-Defined Approach

While upgrading POSReady 7 systems may have been put on the backburner, you have to upgrade at some point. Continuing to do nothing opens c-stores up to risks that include being more prone to attacks and being non-compliant.

Taking a software-defined approach by virtualizing the POS, managed through the cloud, is a cost-effective way to upgrade legacy applications, while embracing a transformational new road toward achieving a next-generation store architecture —all while running their stores more safely and efficiently.

Nick East is co-founder and CEO of Zynstra, an NCR company. A leader in purpose-built retail edge software, Zynstra is transforming edge computing for retailers.

Editor's note: The opinions expressed in this column are the author's and do not necessarily reflect the views of Convenience Store News.