The NATSO Foundation awarded $25,000 in scholarships through the Bill and Carolyn Moon Scholarship program to five students with ties to the truck stop and travel plaza industry.

The scholarships provide assistance to those who are pursuing their post-secondary education. The NATSO Foundation welcomes scholarship contributions and donors can pledge their support year-round. The annual scholarships are open to truckstop and travel plaza owners and operators, their employees and their families to further their education.

This year's recipients include truckstop and travel plaza employees as well as their dependents. Recipients of the NATSO Foundation's 2022 Bill and Carolyn Moon Scholarship are: 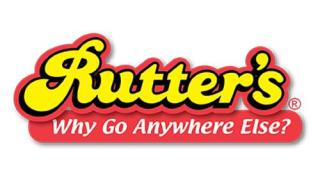 Rutter's Children's Charities $75,000 donation to Crispus Attucks is the charities largest donation to date. The retailer holds several fundraising events and programs throughout the year as a way for employees, suppliers and customers to participate in charitable giving in their communities.

The annual fundraising events include Rutter's Children's Charities Golf Outing, Vote With Your Dollars, Rutter's charity cannister program and Secret Santa program. The fundraising dollars, along with Rutter's corporate charitable contributions, are used to help local charities with specific needs or projects throughout the year.

"Crispus Attucks is an important pillar of the York community, and we appreciate the amazing support they provide to our area," said Chris Hartman, president of Rutter's Children’s Charities. "We look forward to seeing their new building and the education that it will provide to the children in York."

The donations will go directly toward supporting the Special Olympics chapters that are located within the six-state footprint Sheetz operates in: Pennsylvania, Maryland, North Carolina, Ohio, West Virginia and Virginia, providing year-round sports training and athletic competition in a variety of Olympic-type sports for children and adults with intellectual disabilities.

"At Sheetz, we are deeply committed to supporting the communities that we serve," said Travis Sheetz, president and CEO of Sheetz. "The Special Olympics has a great tradition of transforming the lives of thousands of individuals within our footprint. It’s an organization that has always been near and dear to our heart and we’re proud to continue supporting the Special Olympics and its members through this campaign."

Greenville, S.C.-based The Spinx Co. will present the 22nd Annual Spinx Run Fest on Oct. 29. This year, the Spinx Run Fest will feature four races providing for all ages and skill levels.

"We are thrilled to be a part of another Spinx Run Fest this year and celebrate 50 amazing years with the Greenville Track Club [GTC]," said Stewart Spinks, founder and chairman of The Spinx Co. "Fifty years for both ourselves and GTC is a big milestone, we look forward to this event every year."

All races will start and finish at Fluor Field in downtown Greenville. This year's races include the Swamp Rabbit Marathon, the USA Half Marathon, the Downtown 10K and the Big Pumpkin 5K. A refreshment and fresh food area, with post-race snacks provided by Spinx, will be available for participants in addition to prizes and giveaways following the event. 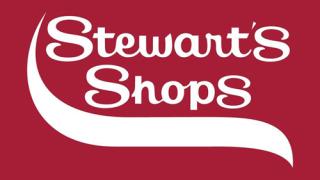 Stewart's Shops received the Father Peter Young Award by the Business Council of New York State at the organization's Sept. 22 Annual Meeting Dinner. The award is presented to a company or individual who has demonstrated a strong commitment to giving back and serving their community.

"We are honored to receive the Father Peter Young Award," said Susan Dake, president of Stewart's Foundation. "Stewart's Shops believes in giving back to our shops' communities as we recognize that we are only as strong as the communities we serve."

With more than 350 shops in 32 counties across New York and Vermont, Stewart's Shops provides $9 million in product and monetary donations to 6,500 organizations annually. Additionally, its holiday match program raises money from the community and matches those funds collected.

Last year, customers raised more than $1 million and Stewart's Shops matched it to give $2 million to more than 1,700 children's organizations. Saratoga Springs, N.Y.-based Stewart's Shops employs more than 4,500 people and operates over 350 shops across New York and southern Vermont.

The Breast Cancer Awareness Fund is a Wawa Foundation key issue fund established in 2021, with $200,000 in grants available this year for qualified nonprofit organizations. The fund marks the importance of Breast Cancer Awareness month this October and highlights The Wawa Foundation’s ongoing support of causes related to those impacted by breast cancer.

Applications will be accepted through Oct. 31, with funding awarded and distributed on Nov. 15. Applicants can apply here.

"The Wawa Foundation launched the Breast Cancer Awareness Fund in 2021 and proudly awarded grants to 38 eligible organizations across our operating areas," said Jay Culotta, president of The Wawa Foundation. "Our associates remain passionate about helping those in the community impacted by breast cancer and we’re thrilled to earmark dollars again to support nonprofits providing support to this important cause." 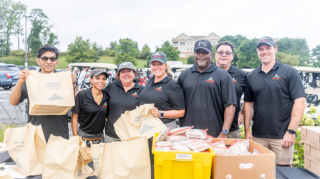 The Blackie Wills Golf Classic brought together community and business partners to celebrate the Wills Group's commitment to community engagement. The event also served as an opportunity for the Wills Group to share updates on work that is to come in 2023 with a commitment to carry out projects against its two community engagement signature programs: Nourishing Children and Families and Reimaging Outdoor Spaces.

As part of the fundraising, The Blackie Wills Golf Classic also featured a meal packing event to support Weekend Backpacks, an organization whose mission is to provide food to the youth of Baltimore City, Md. More than 300 bags of food were packed at the event and donated to Weekend Backpacks.

Family owned since 1926, La Plata, Md.-based the Wills Group has 280 retail locations across the Mid-Atlantic region, including Dash In, Splash In ECO Car Wash and SMO Motor Fuels.