Savannah, Ga.-based Enmarket and Veteran Carriers completed another Feed a Trucker campaign. On Oct. 24 from 11 a.m. to 2 p.m., truckers could receive a free meal at the Enmarket on Pine Barren Road and Highway 80 in Savannah. The site is one of the convenience store chain's commercial trucking locations and one that is ideally suited to serving big rigs serving the Georgia Ports Authority. 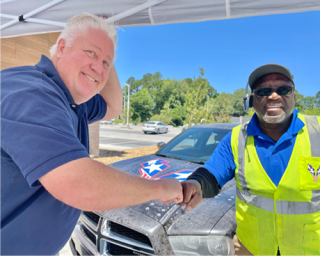 The Feed a Trucker project was initiated in 2021 by Veteran Carriers to recognize the role that truckers played in keeping things going during the COVID-19 pandemic. Approximately 425 free lunches were provided last year, and so far in 2022, more than 250 free Enmarket lunches have been served to truckers.

Free lunches are served bimonthly to truckers as part of the program.

Enmarket operates more than 129 convenience stores, of which 29 feature The Eatery restaurant concept, in Georgia, South Carolina and North Carolina.

The Hershey Co. entered into a 140 MW Power Purchase Agreement (PPA) with National Grid Renewables for its Copperhead Solar & Storage Project. Edison Energy, a global sustainability and energy advisory firm, worked with The Hershey Co. on its environmental initiatives and selection of Copperhead.

This marks the second PPA between Hershey and National Grid Renewables following the Noble solar PPA in 2021.

"We have ambitious goals to reduce Scope 1 and Scope 2 emissions by more than 50 percent and Scope 3 emissions by 25 percent by 2030 as part of our science-based targets," said Mark Kline, director, commodities and specialty procurement at The Hershey Co. "We're making great progress toward achieving those goals thanks to projects like Copperhead and the great work of National Grid Renewables."

Hershey shared in its recently released its ESG (Environmental, Social and Governance) Report that the company is on track to achieve its greenhouse gas emissions targets, having reported a 48 percent reduction in Scope 1 and 2 emissions against a 2018 baseline and an 18 percent reduction in Scope 3. The company's investment in three solar farm projects — two of which are through National Grid Renewables — plays a large role in the progress thus far, Hershey stated.

Additionally, more than 50 stores in Polk, Dallas and Warren counties participated and raised more than $41,000 in donations.

"We are proud to partner with United Way of Central Iowa each year, supporting their five elements of a thriving community, as well as the community partnerships that make this work possible," said Emily Bahnsen, community investment manager at Krause Group. "As the need continues to grow, we've been proud to increase our support the last few years by over 30 percent. We hope to continue this tradition and partnership for years to come."

Krause Group and the United Way have been partners since 1992.

Kum & Go is a family-owned convenience store chain that operates more than 400 c-stores in 11 states. Krause Group is the parent company of a diverse set of businesses that include convenience retail, logistics, wineries, hospitality, real estate, agriculture and sports. 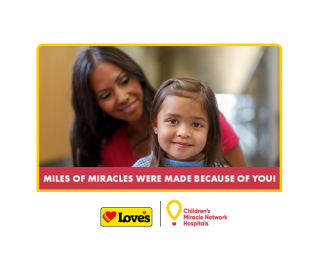 The official campaign took place from Aug. 26–Sept. 30. Customers could participate in in-store fundraisers, purchase balloons or CMN Hospitals merchandise and round up the change at cash registers. The option to round up the change will now be available throughout the year.

"Our customers and team members never cease to amaze us with the effort and donations they put forth each year for the Children's Miracle Network Hospitals campaign," said Jenny Love Meyer, chief culture officer and executive vice president at Love's. "Supporting sick and injured kids and their caregivers in the communities we live and work is one of our favorite ways to give back each year."

Of the 170 CMN Hospitals in North America, 116 benefit from Love's annual campaign. Since 1999, the company has raised more than $40 million for children's hospitals in the states where Love's stores are located.

Mars is accepting submissions for its 2023 Forrest E. Mars Jr. Chocolate History Grant through Nov. 15. The grant provides funding for innovation in the areas of chocolate history research, scholarship and education. 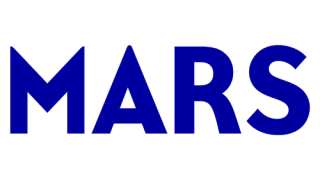 Created in 2013, the Forrest E. Mars Jr. Chocolate History Grant has awarded 44 grants totaling more than $470,000 to historical, educational, civic and community organizations since its inception.

The Forrest E. Mars Jr. Chocolate History Grant has a special emphasis on uncovering and sharing chocolate's role in global history, as well as its influence on heritage and culture. Grant funds will be awarded for projects that investigate and/or educate on the history of chocolate and/or the chocolate making process as well as the anticipated audience reach. The scholarship process is competitive, and the awards will be made based on merit as judged by a panel of experts. Educational impact will be at the forefront of this decision process as will attention to equity, inclusion and diversity in the proposal.

Winners will be announced at the annual meeting of the Heritage Chocolate Society (HCS), scheduled for Feb. 7-8, 2023 in Richmond, Va., Mars' hometown. Formed in 2003, HCS is a group of history leaders and professionals with the mission to uncover the collective history of chocolate and share the stories of its cultural and socioeconomic impact to educate the global community.

"The rich history of chocolate runs in parallel with the stories of trial and triumph that mark the landscape of our nation and the globe," said Gail Broadright, senior director, premium brands and family properties. "The Forrest E. Mars Chocolate History Grant enables the creation of immersive experiences, research projects and publications that bring these stories and important cultural moments to life. It's through the translation of these stories that we can see history through a collective lens and preserve them for future generations."

Mars is a global, family-owned business. With almost $45 billion in annual sales, the company produces some of the most well-known brands, including Ben's Original, Cesar, CocoaVia, Dove, Extra, KIND, M&M's, Snickers, Pedigree, Royal Canin and Whiskas.

In honor of Breast Cancer Awareness Month, Mirabito is topping its coffee with pink lids. A portion of each coffee sold will be donated to help provide financial assistance to local individuals who are afflicted with breast cancer. 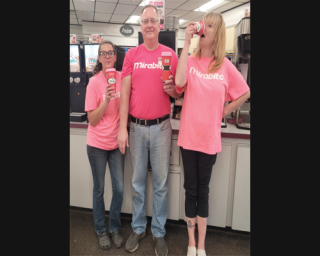 Savannah-based Parker's raised a record $215,000 to support education in the communities it serves through the 10th Annual Parker's Fueling the Community Charity Golf Tournament.

"Each year, our tournament grows in popularity, supporting our efforts to make a meaningful impact in the communities we serve," said Parker's founder and CEO Greg Parker. "By moving to a new venue and expanding the tournament across two courses, we were able to include more golfers and raise record-breaking funds to support area schools. We deeply appreciate the support of Parker's Fueling the Community Golf Tournament sponsors and players." 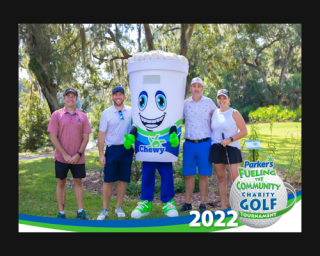 The 2022 Parker's Fueling the Community Charity Golf Tournament attracted 212 registered golfers, including a number of vendors, suppliers and supporters from across the region. The scramble-format event, which took place on the Terrapin Point Course and the Palmetto Course at The Landings, included a catered breakfast and lunch, live music, a raffle and an awards ceremony.

"We loved seeing everyone come together on the course to make a positive impact and to support education in coastal Georgia and South Carolina," said Parker's Community Outreach Manager Olivia Parker. "At Parker's, we have a powerful commitment to giving back and to being a force for positive change."

Parker's has given more than $1.8 million to area schools since the inception of the Fueling the Community program in 2011. The program is a longstanding charitable initiative that donates a portion of every gallon of gas sold on the first Wednesday of each month to area schools in coastal Georgia and South Carolina.

Sinclair Oil supported Folds of Honor, which is devoted to providing educational scholarships to children and spouses of fallen or disabled veterans and first responders, through its Fueling Folds of Honor initiative.

The company donated to Folds of Honor a portion of fuel purchases made at participating Sinclair stations from Sept. 12 through Oct. 16. Sinclair reported it was on track to raise more than $700,000 over five weeks.

"This fall, fueling up at participating Sinclair stations will do more than fill up a gas tank — it will show gratitude by the gallons to the families of service members and first responders who made the ultimate sacrifice to protect American freedoms," said Jack Barger, Sinclair's senior vice president of marketing. "We believe that together we can support and honor those who have given so much, and we're proud of our station partners for making this a priority."

According to available data, several states in which Sinclair-branded retail stations or Sinclair Oil customers are present rank among the top 10 states for veteran populations, including Idaho, Nevada, Montana and Wyoming. Funds raised through Fueling Folds of Honor will support veteran and first responder families in the communities surrounding participating Sinclair locations.

Customers could also choose to donate to the initiative via online donations promoted on-site, through merchandise sold at participating stations, and on Sinclair's website.

White Bison Coffee, a property of Tri Star Energy, celebrated Coffee With a Cop, a day dedicated to encouraging communication and positive interactions between law enforcement agencies and the public, in October. The event took place at nine White Bison locations, including seven across middle Tennessee and two in Alabama. 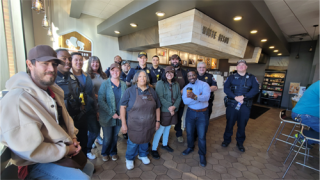 "White Bison Coffee strives to strengthen the relationships between police officers and the citizens they serve, providing the opportunity for people to get to know their local police officers," the company stated.

As the Leading Light Sponsor, Wawa and the Wawa Foundation had a strong presence at the event to offer comfort and support the community impacted by blood cancer. This included The Wawa Coffee & Care Truck, with an estimated distribution of up to 5,000 cups of hot coffee and chocolate; a team of associate volunteers distributing bottled water, pretzels, apple snack packs and more; and an appearance by mascot Wally Goose.

"Wawa and The Wawa Foundation are committed to building stronger communities and are proud to support The Leukemia & Lymphoma Society at Light The Night to help end blood cancer," said Jay Culotta, president, The Wawa Foundation. "There's no better feeling for our associates than volunteering their time to brighten the days of friends and neighbors in our community. We're with you each step of the way."

The funds raised through Light The Night are used to support LLS's mission priorities: research, education and support, and policy and advocacy.

"Creating a world without blood cancer takes all of us, and LLS proudly and gratefully acknowledges the generosity of our supporters at Wawa and The Wawa Foundation," said, Lauren Iannucci, executive director at The Leukemia & Lymphoma Society's Eastern Pennsylvania-Delaware Region. "Together, we're delivering hope in a time of despair, a community in place of loneliness, and lifesaving research and support for cancer patients and their families."