NATIONAL REPORT — The holidays are a time to come together and celebrate. It is also a time to give back to the community. Giving back through community service efforts and charitable donations is a positive force that keeps many convenience store retailers and suppliers of this industry moving ahead.

Convenience Store News highlights the philanthropic efforts of this holiday season in this special section. Here are the latest company spotlights:

GetGo Café + Market and its customers raised $10,000 for the U.S Marine Corps' annual Toys for Tots holiday campaign through the sale of the retailer's tots. 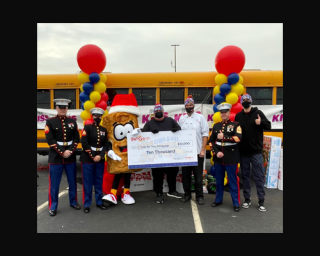 For the second year in a row, GetGo donated a portion of the proceeds from any order of tots during November to the Marine Corps Toys for Tots.

"Our customers responded so enthusiastically to last year's Tots for Toys for Tots campaign that we knew we had to do it again this year," said GetGo Chief of Staff Rug Phatak. "We're proud to partner with our neighbors and the Marine Corps to provide toys and gifts to the children of our communities."

GPM Investments, a wholly owned subsidiary of Arko Corp., kicked off a holiday retail campaign to support the Muscular Dystrophy Association. From Nov. 15 through Dec. 17, pinups purchased by customers were displayed in approximately 1,400 store locations across GPM's family of community brands to show support for MDA families. 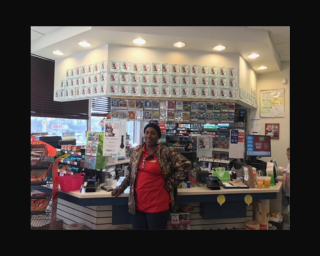 Customers purchased an MDA holiday pinup for $1 or choose to round up their purchases as a donation. Those who purchased a pinup at one of GPM's stores received a buy one, get one free coupon for either a 1.76-ounce Hi-Chew or 20-ounce bottle of 7UP & Canada Dry Family Beverages.

"Seeing all the pinups in our store windows across the country shows the support and kindness in these local communities we serve every day," said GPM Investments Executive Vice President and Chief Marketing and Merchandising Officer Michael Bloom. "GPM proudly supports the Muscular Dystrophy Association, and it is an honor to participate in their largest holiday retail fundraiser to date."

GPM Investments and its customers have contributed more than $1.5 million since 2012 in support of the MDA.

Richmond, Va.-based GPM operates or supplies stores in 33 states and Washington, D.C. As the sixth largest convenience store chain, GPM has approximately 3,100 locations comprised of approximately 1,415 company-operated stores and 1,675 dealer sites to which it supplies fuel.

For 2021, Huck's raised $206,541 in its stores for its Karing for Kids program. Now in its 18th year, Karing for Kids was crafted to make Christmas special for children who are less fortunate and to give back to the communities in which Huck's operates. With this total, in addition to extra monies the operator is giving to the stores, more than 1,500 kids will have brighter Christmas mornings.

Karing for Kids also provides funds and relief for families with children undergoing medical treatments, disaster relief, scholarships and other programs such as local charities, Special Olympics and St. Jude. Fundraising is conducted through corporate sponsorships, rummage and bake sales, and many other fundraisers at the store level. One hundred percent of the proceeds go directly to the Karing for Kids program, and the monies raised at each store stays in that market.

The travel center operator and Operation Homefront, a national nonprofit whose mission is to build strong, stable and secure military families, distributed 125 meal kits to preregistered families the organization's Holiday Meals for Military. 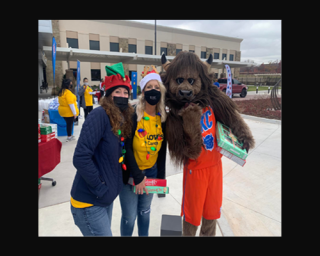 Meal kits included all the essentials for a traditional holiday meal and four ticket vouchers to an Oklahoma City Thunder game of the family's choice. This year's Holiday Meals for Military will put meals on the tables of more than 15,000 military families nationwide.

"This is Love's second year in a row to have hosted a Holiday Meals for Military event, and we couldn't have been more excited," said Jenny Love Meyer, chief culture officer and executive vice president of Love's. "We love to see how excited the families are when they pick up the kits, and this year's event was made better by the surprise element of tickets from our friends at the Thunder."

Rutter's Children's Charities is closing out 2021 with $75,000 in donations. Secret Santa gives selected Rutter's employees the opportunity to choose an eligible charity and Rutter's Children's Charities donates $1,000 to that organization. This year, 75 employees were chosen to participate, totaling $75,000 in donations. The selected charities have a focus on children, education, and local community efforts.

"Having Rutter's employees select donations towards organizations they're passionate about, is one of our favorite things to do each year," said Chris Hartman, president of Rutter's Children's Charities. "We're thrilled expand our Secret Santa Program again in 2021 to 75 employees, and $75,000, in order to support more local organizations."

Tiger Fuel made a $20,000 holiday contribution to JackFest, a family-friendly festival that supports families battling childhood cancer in central Virginia.

The contribution was inspired by five-year-old Jack Callahan, who beat metastatic cancer after enduring a 13-month course of intensive treatments in 2019 and 2020. After beginning treatment, the severity of his disease required his family to relocate to Philadelphia to access more specialized treatment. JackFest raises funds to support services that will allow more kids like Jack to stay close to home for treatment.

"The Callahan family has touched the hearts of many within the Tiger Fuel family. We're inspired by Jack's story and the dedication to paying it forward," said Gordon Sutton, president of Tiger Fuel. "In lieu of holiday gifts like wreaths and gift baskets that we typically send to our customers, we wanted to make a meaningful contribution in their honor. The $20,000 donation will support expansion projects at the Ronald McDonald House in Charlottesville and allow more families to get the best possible care close to home at UVA Children's Hospital."

Mondelēz International Inc.'s Triscuit brand and Partnership for a Healthier America (PHA) announced the expansion of PHA's Good Food for All Program to bring 600,000 servings of fresh vegetables and fruits to food-insecure families in Washington, D.C. 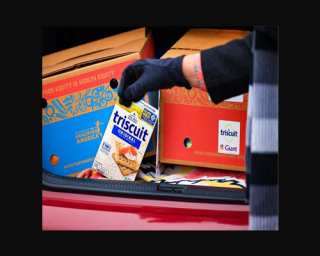 Over the next 12 weeks, the initiative will provide high-quality produce to 1,000 families living in Ward 8, an area that was once farmland and now has limited access to fresh food. Families will receive a weekly box of high-quality produce that includes 50 servings of fruits and vegetables each week.

To further address disparities within the food system and help nourish local communities, families will receive recipes and tips for creating easy, affordable meals at home that feature fresh produce, as well as a box of Triscuit crackers and tips on pairing the crackers with fresh fruits and veggies.

"At Triscuit, we believe that access to affordable, fresh foods, including fruits and vegetables, is critical to a balanced diet, but we recognize that millions of Americans living in food deserts lack this access," said Kelsey Morgan, brand manager, Triscuit at Mondelēz Global LLC. "That's why we're proud to announce our support of PHA. We look forward to working together to further address fundamental disparities within our food system, expand the impact of the Good Food for All program to a new city and improve food equity."

Launched in 2020 to support families disproportionately affected by COVID-19, Good Food for All (formerly known as the COVID-19 Fresh Food Fund) has since grown into a national movement, providing more than 15 million servings of fresh produce to thousands of families across the country.

The partnership between Triscuit and PHA is part of the snacking brand's The Missing Ingredients Project, a purpose-driven commitment to help support food desert communities' access to fresh produce. Triscuit's three-year, $1 million commitment aims to fuel the innovative efforts of 20 local changemakers who are developing innovative solutions to advance access to a variety of fresh, nourishing food in food deserts across the United States.

Dec. 4 marked the 24th anniversary of Weigel's Family Christmas, a special event in which the convenience store retailer teams up with the Salvation Army to bring underprivileged children from Knoxville, Tenn., and the surrounding areas on a Christmas shopping spree.

As part of the event, children ages 5 to 8 years old receive $150 they can spend on a shopping spree at Target. This year included 250 children selected by the Salvation Army. 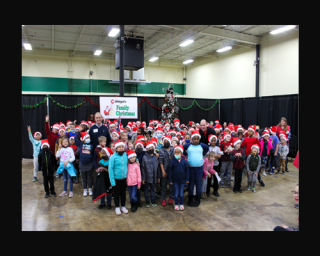 "You can imagine, a 5- to 8-year-old with $150 to do something just that they want to do. I mean, that's never happened before in their whole lives. Probably won't happen again for a long time, so it's an exciting thing," said Bill Weigel, founder of Weigel's. "And then they will get something for their mother. A 5- to 8-year-old with $150, and they get something for their mother or daddy or brother — that breaks your heart."

Before the shopping spree, volunteers prepared a free breakfast for the children at the Knoxville Expo Center. Many also stayed back to prepare lunch for when they returned from Target, while others went ahead to help children through the store and find whatever they wanted to buy.

Weigel's Family Christmas began in 1998 and since then, more than 4,4000 children have had the chance to get Christmas gifts. Last year's event was canceled due to the COVID-19 pandemic.