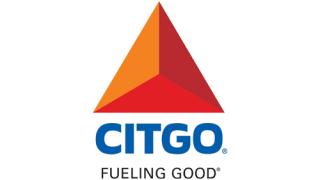 The Simón Bolívar Foundation, a 501 (c)(3) nonprofit private foundation, in collaboration with Baylor College of Medicine is offering to fund up to seven scholarships to medical professionals working in Venezuela for a world-class diploma course in tropical medicine from Baylor's National School of Tropical Medicine.

"We see this collaboration as the first step towards a long-term, mutually beneficial strategic relationship with Baylor College of Medicine and the Fundación Academia Nacional de Medicina Francisco Antonio Rísquez," said Mariela Poleo, president of the Simon Bolivar Foundation. "This charitable program provides capacity-building for medical professionals in Venezuela, given the evidence of loss of health professionals in Venezuela and the need to re-build capacity, while at the same time providing bidirectional knowledge transfer."

The Tropical Medicine program is an intensive non-degree online program designed for physicians, consisting of four modules addressing epidemiology; public health, tropical bacteriology and virology; tropical parasitology and mycology; and application of travel and tropical medicine via webinars, in four months. This program will develop skills needed for healthcare professionals to work in the tropical medicine field and will prepare them to sit for the CTropMed Certificate of Knowledge in Clinical Tropical Medicine and Travelers' Health.

Energy North Group (ENG) announced its tradition of fundraising on behalf of the Muscular Dystrophy Association (MDA) has continued for the 18th consecutive year. The money raised throughout the campaign are used to fund research and care initiatives for those living with muscular dystrophy, ALS and related neuromuscular diseases, as well as to fund children's time at MDA Summer Camp. ENG has raised $101,415 for the organization in 2022. 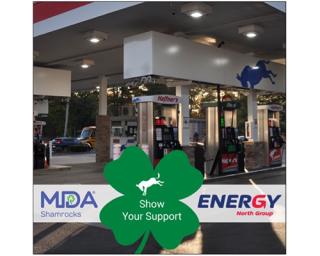 "This is an initiative that brings people together for good," said Pat O'Connell, executive vice president, Energy North Group. "The MDA makes a tremendous difference in the lives of all those affected by neuromuscular diseases. Thank you to all our Energy North Group, Haffner's and Tradewinds colleagues and community members who came together to make this donation a reality."

The Enmarket Charity Classic returned March 31, raising $180,000 to be split evenly between the 200 Club of the Coastal Empire and Make-a-Wish Georgia. 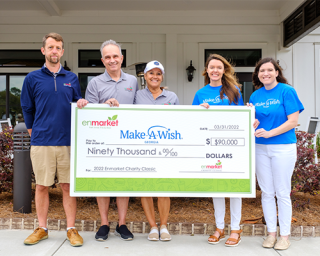 This was the third presentation of the annual Enmarket Charity Classic, which is part of the company's sponsorship of the Club Car Championship at The Landings Club. More than 250 golfers took part in the charity tournament this year.

"Enmarket works hard to be a good corporate citizen of the areas we serve," said Brett Giesick, previously president of Enmarket and now chief operating officer at parent company Colonial Group Inc. "That means not only the services our stores provide, but support for the community at large as well. Enmarket is delighted to be able to support two such worthwhile organizations."

"This last week has been quite unforgettable for residents of North Bryan County," said Garrett Shurling, president and CEO of Badger Rental Services. "The contrast between the tragedy and loss that some of our neighbors have experienced with the unbelievable outpouring of help from the rest of the surrounding area is quite a thing."

Shurling decided to lend a hand after talking with a landscaping friend who had been volunteering with the cleanup but admitted the time off the job site and the fuel to keep his equipment running was starting to become a problem.

"I called my business partner, Aaron Drew, and we decided to go and fuel the community," Shurling said. "We were blown away when Enmarket contacted us and told us that they wanted to partner up.

"Because of Enmarket's generosity, we loaded up and refueled the good people who are giving their time for our neighbors," Shurling added. "Tons of pickups, trailers, skid steers, tractors and excavators have been showing up every day and you would not believe the difference in just a few days after the hard work of so many. Although some places are still in total devastation, our neighbors have restored a kind of new normal to tons of families."

GPM Investments is teaming up with JDC, a global humanitarian organization, to raise funds to help alleviate the growing refugee crisis in Ukraine and neighboring countries.

"We want to render immediate assistance to help those affected by the war in Ukraine," said Arie Kotler, CEO of GPM. "JDC is already on the ground providing refugees with a wide variety of emergency support, including food and medical care, and I'm proud that our company and our customers can act now to assist with this urgent effort."

Through June 12, GPM associates across all company-operated locations will sell pinups in donation amounts of $1, $5 and $10. Customers can also donate directly.

GPM is also partnering with its supplier community and raising additional dollars. All proceeds will be matched dollar for dollar up to $1 million by a JDC donor.

Grabango is committing 1 percent of its grocery technology and 1 percent of its employees' time to eliminating food deserts and improving access to healthy food in underserved communities. Grabango joined Pledge 1%, a global movement to inspire, educate, and empower every company to leverage their assets for good.

"So much of modern technology is built for the wealthy first, and only eventually trickles down for use in our broader society. At Grabango, we're seeking to do just the opposite. We want to benefit those most in need by donating our technology for use in the neighborhoods with the fewest nutritional resources. Working in partnership with the Pledge 1% movement on this objective was a natural fit for us," said Will Glaser, CEO of Grabango. 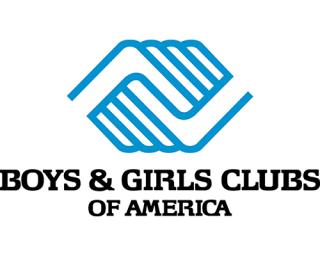 "Giving back is part of our broader mission and commitment as an organization to our team members, customers, and communities. We are passionate about providing opportunities for the next generation," said Andrew Clyde, president, and CEO of Murphy USA. "That's why we are proud to be a national partner of Boys & Girls Clubs of America, supporting local clubs where we operate through our 'Great Futures Fueled Here' campaign.

"In the third year of our partnership, we will again leverage our team members across the chain to encourage customers to 'Round-up' their purchases to provide much needed funding to their local Boys & Girls Clubs," Clyde added ."This financial support helps to provide youth in our communities with the essential tools for cultivating a successful future."

OnCue and Folds of Honor are working together again to offer a limited-edition fundraiser cup. OnCue will donate 50 cents for each cup purchased through June 30. Proceeds will go to Folds of Honor, a nonprofit that provides academic scholarships to spouses and children of America's fallen or disabled service members. Folds of Honor has awarded approximately 35,000 scholarships in all 50 states, including nearly 7,000 in 2021-22 alone. 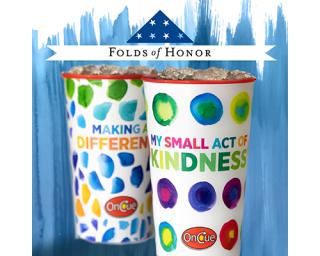 "Folds of Honor aligns with our community mission to support children through education, and with both organizations having Oklahoma roots, it just made sense," said Laura Aufleger, president of OnCue. "It’s a privilege to work with Folds of Honor again and give thanks to our veterans and their families for their sacrifices."

The two groups previously partnered in 2019 and raised $10,000 in scholarship money through the sales of the cups.

To apply, organizations must complete an online application, identifying a community need and how their organization will successfully address that need. Applicants are required to provide details about budget and financial needs for funding that can be used to start a new program or project or to expand an existing program or project.

Rutter's Children's Charities continued its annual Vote with Your Dollars charitable program in 2022. A total of $75,000 will be given out this year, with the top two places receiving their requested funding, up to $25,000. The remainder will be split between the third and fourth place charities. The winners will be announced in November.

"Supporting the local communities that Rutter's serves is an important part of our charitable mission," said Chris Hartman, president of Rutter's Children's Charities. "We're very excited to continue our Vote With Your Dollars Program in 2022, giving Rutter's shoppers the opportunity to choose a charity they believe is deserving. This allows us to give to organizations that matter most to Rutter's customers."

For more than 30 years, Speedway and its customers, vendors and associates have raised critical funds needed to advance pediatric healthcare, improve individual patients' health, protect children's futures and enhance local communities. In 2021 alone, Speedway, part of the 7‑Eleven family of brands, raised more than $19 million for the organization through in-store campaigns, promotions and the annual Speedway Miracle Tournament. 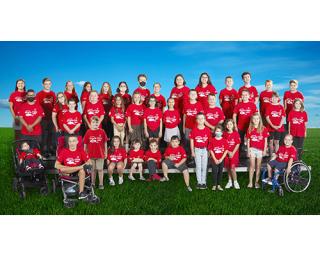 Of the $19 million raised, more than $2.5 million supported local member hospitals through the annual Speedway Miracle Tournament, impacting 43 hospital markets and millions of kids. Patient families, who attend the event from these member hospitals, share their stories and the impact of donations in funding critical treatments and services at children's hospitals. In 2022, Speedway stores will continue to give customers the opportunity to donate for Children's Miracle Network Hospitals across the country.

"Speedway customers and associates have an unwavering commitment to supporting Children's Miracle Network Hospitals and the communities in which we operate," said Rankin Gasaway, 7‑Eleven executive vice president and chief administrative officer. "We are looking forward to continuing and growing our partnership and we invite customers to help us give back throughout the year."