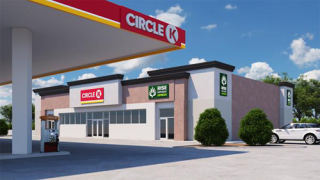 Starting next year, Green Thumb plans to launch a test and learn phase of the rollout of approximately 10 RISE Express branded dispensaries adjacent to Circle K stores across the Sunshine State.

"The opening of RISE Express stores at Circle K locations is a game-changer. Convenience is a strong channel in retail, and people want more access to cannabis," said Ben Kovler, founder, chairman and CEO of Green Thumb. "The new RISE Express model is a huge step forward in making it easier and more efficient for patients to purchase high-quality cannabis as part of their everyday routine when stopping by their local convenience store."

The products available at these stores will come from Green Thumb's new 28-acre cultivation facility in Ocala, Fla., which will be operational by the end of 2022.

Citing the Florida Department of Health, more than 700,000 Floridians are currently registered active cardholders in the state's medical marijuana program, according to Green Thumb.

Headquartered in Chicago, Green Thumb has 17 manufacturing facilities, 77 retail locations and operations across 15 U.S. markets. It was established in 2014.

The lease agreement with Green Thumb is another move in Alimentation Couche-Tard Inc.'s (ACT) strategic cannabis expansion. Couche-Tard, parent company of Circle K, entered into a venture with Fire & Flower Holdings Corp., an independent cannabis retailer, in 2019. As part of the partnership, ACT provides Fire & Flower with additional capital to further accelerate its expansion strategy.

The expansion will bring new co-located retail stores to the Canadian provinces of Alberta, Saskatchewan and Manitoba. The agreement also allows for the opportunity to further expand the program into additional high-value markets, including Ontario and the United States.

Laval-based Couche-Tard operates in 26 countries and territories, with more than 14,100 stores, of which approximately 10,800 offer road transportation fuel. It is one of the largest independent convenience store operators in the United States, as well as in Canada, Scandinavia, the Baltics and Ireland.