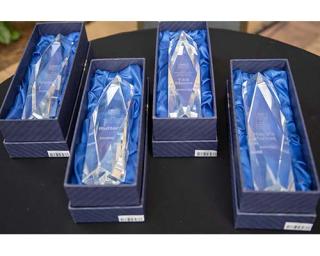 The 2022 Convenience Foodservice Exchange took place in Savannah on June 21-22.

The Foodservice Innovators Awards recognize c-store retailers that are raising the bar on quality, service and innovation in the foodservice category. Now in its 11th year, the program has been recognizing best-in-class convenience foodservice retailers since 2012. Winners are chosen annually by the Convenience Store News Foodservice Advisory Council, a panel of foodservice experts from the retailer, supplier, wholesaler, research and consulting fields.

"We have a terrific group of Best-in-Class convenience foodservice winners in this year's Foodservice Innovators Awards," said presenter Don Longo, editorial director emeritus of CSNews. "We have two first time winners in Casey's General Stores and Huck's Market, and we have multiyear winners in Rutter's, Wawa and Texas Born (TXB), formerly known as Kwik Chek. They've all proven they can turn on a dime and pivot to meet changing market conditions and still deliver an outstanding and innovative food offering."

Jimmy Crowder and Brandon Frampton of TXB accepted the 2022 Best Prepared Foods Innovator award. This is the second time the retailer has won this award, having been recognized in 2020 as Kwik Chek.

"As they grow, they continue to look at new ways to expand foodservice options," said one judge. "Adding kitchens to their new stores and giving customers more reason to shop their stores is a big win for them. Great job!"

"For a company their size, they continue to show that they won't rest on their laurels," one judge remarked on Casey's foodservice program. "We all know breakfast is our busiest food time, so innovating that menu is key. Utilizing their homemade dough to make sandwiches, along with adding breakfast bowls, was a great idea."

The Foodservice Innovators of the Year winners will be profiled in Convenience Store News' October "Innovation" issue.