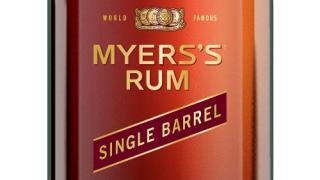 The increased Sazerac selections come in conjunction with Casey's Buffalo Trace Distillery Single Barrel Select program, which was launched in March 2021 and offered customers single barrel bourbon to purchase at select Casey’s locations in Illinois. The company plans to expand availability of Buffalo Trace to select stores in Iowa and Missouri beginning in February.

"After [the] successful launch of our Buffalo Trace program, we are excited to bring a new brand to our Single Barrel program with a Myers's Single Barrel Select Rum," said Eric Long, director of packaged beverages for Casey's. "We look forward to continuing to collaborate with a great partner like Sazerac to bring these unique offerings to Casey's guests."

The rum combines notes of sweet sugar cane, dark red fruits, prunes, caramel, leather and slight nuttiness, with an aftertaste of overripe fruit and dark chocolate over a medium oakiness.

Distilled since 1879, the Myers's Rum brand was purchased by Sazerac in 2018.