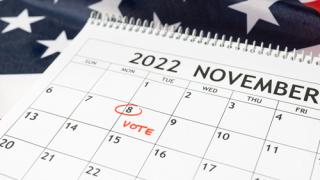 SACRAMENTO — Two years after California officials moved to enact a statewide ban on the sale of flavored tobacco products, the voters have overwhelmingly spoken in favor of the legislation.

On Nov. 8, California voters approved Proposition 31, with roughly 62.3 percent voting yes and 37.7 percent voting against the measure. Proposition 31 upholds the state law barring the sale of flavored tobacco, including menthol. It also charges a $250 penalty against stores and vending machine owners for each violation.

On Aug. 28, 2020, Gov. Gavin Newsom signed the legislation into law after the California Senate voted 34-0 in favor of ban, followed by a similar 58-1 vote in the California Assembly, as Convenience Store News reported.

However, two months later the California Coalition for Fairness submitted more than 1 million signatures from registered voters to the Secretary of State's office in a bid to get a veto referendum to overturn the legislation onto the November 2022 ballot.

Originally set to go into effect on Jan. 1, 2021, the legislation has been stalled until now.

Tobacco companies, including R.J. Reynolds Tobacco Co. and Philip Morris USA, were opposed to the bill. The state's Republican party also opposed the ban, saying it would lead to a loss in tax revenue. The independent Legislative Analyst’s Office estimated it could cost the state tens of millions of dollars to around $100 million annually, according to The Associated Press.

"The message from this vote is unmistakable: It's time for policymakers at every level to stop the tobacco industry from using flavored, nicotine-loaded products to addict another generation of kids. It's also time to end the industry's predatory targeting of Black and other communities with menthol cigarettes, which has had a devastating toll on Black lives and is a major contributor to health disparities," said Matthew L. Myers, president, Campaign for Tobacco-Free Kids.