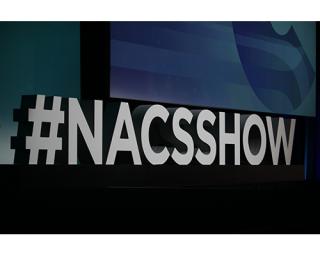 It was the second NACS Show (post-COVID). While that exasperating viral bug refuses to disappear completely, the important business that drives the convenience store industry was back to normal on the trade show floor last month in Las Vegas.

This was my 17th NACS Show, which sounds like a lot, but I know execs who have been to the show many more years than that. It was wonderful seeing the energy on the expo floor as retailers and suppliers were able to discuss new products, programs and strategies to overcome the many difficult business challenges facing the industry. There was plenty to talk about with continued supply chain shortages, rising inflation and an impending recession.

NACS put on a strong educational program that touched on important topics, such as how retailers can lobby their congressional lawmakers to pass the bipartisan Credit Card Competition Act of 2022. At the Oct. 2 general session, outgoing NACS Chairman Jared Scheeler said credit card interchange fees are the second-largest line item expense on his P&L statement. The latest Convenience Store News Industry Report found that credit card expenses totaled almost $113,000 per store last year, second only to wages as an expense item.

The association encouraged audience members to text "NACS" to 50457 or go to convenience.org/fixswipe to make their voices heard by their local representatives. There's probably no single thing a c-store retailer can do to boost their bottom line more than to get this legislation passed into law. Banks and credit card companies shouldn't be the most profitable companies in the convenience store industry.

Later, Toyota's chief scientist Dr. Gill Pratt and Parkland USA President Doug Haugh took the stage to discuss the future of electric vehicles and other energy sources. I was most impressed with the degree to which Parkland in Canada has strategically rolled out chargers at its sites. Both speakers, though, agreed that electric chargers won't soon replace gas dispensers.

A highlight of the show for many people was the annual Convenience Store News Top Women in Convenience (TWIC) Awards Gala. It was my ninth year emceeing this wonderful event that recognizes established and emerging female leaders making their mark on the convenience store industry. Congratulations to all 91 women recognized as Senior-Level Leaders, Rising Stars and Mentors, as well as the five Women of the Year: Holly Angell of 7-Eleven Inc., Allison Cornish of Pilot Co., Danielle Holloway of Altria Group Distribution Co., Julie Jackson of G&M Oil Co. and Colette Matthews of Alimentation Couche-Tard Inc./Circle K.

Kudos also to Casey's General Stores Inc., recipient of the first-ever Top Women in Convenience Corporate Empowerment Award for its commitment to gender equality and promoting female leadership and advancement. CEO Darren Rebelez, caught by surprise, accepted the award on behalf of the company and thanked his "remarkable team."

Launching and serving as master of ceremonies for TWIC has been one of the most satisfying accomplishments of my career. This year's gala attracted a record 437 attendees. A big thank you to everyone who made this year's event such a success, including our keynote speaker 7-Eleven Inc. President and CEO Joe DePinto, our TWIC Advisory Board members and our loyal sponsors.

More Blog Posts In This Series