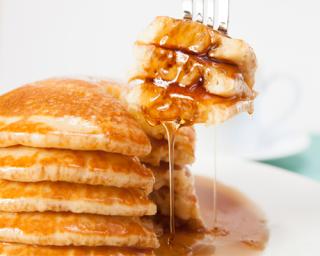 MINNEAPOLIS — Consumers are eating more breakfast foods than normal during the COVID-19 pandemic and taking this trend beyond the morning daypart.

According to a recent nationwide online survey conducted by The Harris Poll and commissioned by General Mills Foodservice, nearly one quarter of Americans report eating more breakfast foods during the COVID-19 pandemic than they normally would (24 percent).

Additionally, nearly four in five Americans (79 percent) have eaten breakfast foods outside of the traditional breakfast meal in the past year.

"The recent poll shows that people are eating more breakfast foods during the pandemic and enjoying them for lunch, dinner and even dessert," said Mark Harmon, a consumer insights analyst for General Mills Foodservice. "We also learned that consumers are eager to return to restaurants to enjoy their favorite breakfast and brunch foods, signaling that breakfast could be all the buzz on spring and summer menus."

"Consumers' love of breakfast is strong, giving chefs and foodservice operations the chance to reimagine breakfast," said Harmon. "For instance, consumers may not have breakfast for dinner in their regular rotation of eating, but they may be tempted to splurge on it for a memorable experience."

The Harris Poll commissioned by General Mills Foodservice was conducted online from Feb. 11-16 among 2,038 U.S. adults ages 18 and older.