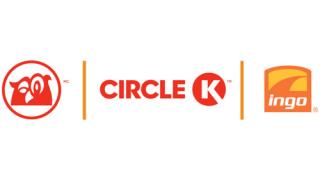 An early leader in electric vehicle (EV) charging in Europe, the company's EV network on that continent consisted of more than 1,100 charging units at the end of the fourth quarter of Couche-Tard's 2022 fiscal year — an 11-percent increase from the prior quarter. The units cover more than 250 stations primarily in Scandinavia countries.

​​​Following its EV charging success in Europe, the parent company of the global Circle K brand plans to bring EV charging to 200 Circle K and Couche-Tard convenience stores across North America in the next 24 months. The retailer deployed its first Circle K branded charging station in South Carolina in May.

​​​​"As we expand EV charging availability in the U.S. and Canada, we will be taking a strategic approach, building a network for the future by looking at areas with strong EV adoption rates and electric delivery infrastructure to enable us to provide convenient charging options for our customers, whether that be in town or on the highways," President and CEO Brian Hannasch said during Couche-Tard's recent earnings call.

"We anticipate deploying both our own charging assets to serve the growing EV customers as we do in Europe, and also to partner with other participants in the emerging EV mobility economy," he noted.

Inside its convenience stores, Couche-Tard went live with smart checkout at 90 stores in Sweden and more than 450 stores in the United States by the end of the fourth quarter. In early June, the company announced it is expanding smart checkout to 7,000 stores over the next three years in partnership with Mashgin.

The Mashgin Touchless Checkout System, branded as "Smart Checkout," will improve customer checkout times by as much as 400 percent, as Convenience Store News previously reported.

"We have also had one more frictionless site in Arizona, bringing that total to eight; and our license plate recognition, which is a Pay by Plate where the customer does not need to insert or tap at the pump, is now active in over 800 locations," the chief executive said.

Couche-Tard also has been busy expanding its network.

"This past year was also a record one in terms of our new store builds. The ongoing strengthening of our network real estate team, combined with their efforts to improve our design, development and entitlement processes, have resulted in a robust pipeline for future store openings," Hannasch explained.

During the fourth quarter, Couche-Tard completed the construction of 42 stores and the relocation or reconstruction of 16 stores, reaching a total of 133 stores since the beginning of fiscal 2022. Another 58 sites are currently under construction.

"Despite supply chain challenges, combined with cost increases, our teams have worked very hard in renovating existing stores and developing a new prototype, which will — we are value engineering [it] to — deliver reduced costs and quicker build times," the CEO said.

Laval-based Couche-Tard operates in 24 countries and territories, with more than 14,000 stores, of which approximately 10,700 offer road transportation fuel.

With its well-known Couche-Tard and Circle K banners, it is one of the largest independent convenience store operators in the United States, and it is a leader in the convenience store industry and road transportation fuel retail in Canada, Scandinavia, the Baltics, as well as in Ireland. It also has an important presence in Poland and Hong Kong SAR. Approximately 122,000 people are employed throughout its network.