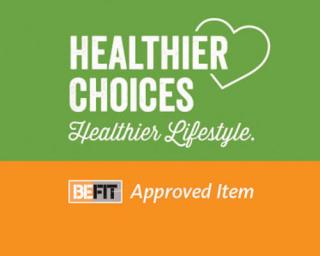 DALLAS — The Army & Air Force Exchange Service (AAFES) is making it easier for soldiers, airmen, retirees and families to find better-for-you food and beverage options on the go.

To qualify, items must contain:

Healthier Choices BE FIT items can also be conveniently found in endcaps, while more health-conscious choices — including wraps, salads, hummus, yogurt, fruit and hard-boiled eggs — can be found in reach-in coolers.

The Exchange is a partner in the Healthy Army Community and Air Force Smart Fueling initiatives under the Office of the Secretary of Defense, Operation Live Well.