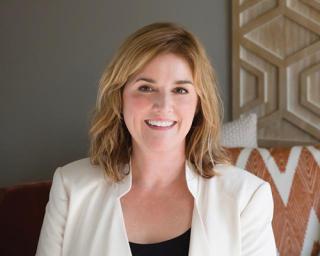 Each year since 1994, the editors of the Convenience Store News' sister organization Path to Purchase Institute have selected three industry leaders for induction into the Hall of Fame. Inductees represent the very best of the path-to-purchase and in-store marketing industry. They foster best practices and demonstrate a supreme understanding of all marketing efforts.

A Texas native who graduated from the University of Texas at Austin, Jarratt graduated with majors in both finance and Spanish; one for security and one to follow her passion, which stemmed from learning the language and culture from her Hispanic paternal grandmother. She later held internships at art organizations such as the Austin Lyric Opera and the Mexic-Arte Museum before taking her first job as a financial analyst at Nortel Networks.

Jarratt later returned to UT-Austin to earn an MBA in marketing.

"It was there that I really fell in love with consumer behavior and brand management," she told the Institute.

After joining Frito-Lay in a brand management role, she spent the next 14 years with the company in various positions, including brand management, innovation marketing, shopper marketing and portfolio strategy. Her notable achievements include work on the Cheetos brand in 2007, as she and her team transformed that business.

"It had been in decline and we repositioned it to target adults," Jarratt said. "That unleashed a full decade worth of growth that probably continues to this day at PepsiCo."

In 2017, Jarratt joined Dean Foods, where she focused on leading the marketing function and building a stronger brand focus for the company. In 2019, she became senior vice president of marketing and general manager of the frozen business unit.

MAKING AN IMPACT AT 7-ELEVEN

Jarratt had only been with 7-Eleven a few months when the COVID-19 pandemic hit, prompting a restructuring of the marketing team to prepare for a strategic transformation.

"Our focus shifted from pursuing an ambitious strategic agenda to actually balancing that with the critical needs of the business," she said, noting that the early months of the pandemic were spent "triaging a lot of business needs" and supporting the company's stores and franchisees to keep them in business.

"It provided some oxygen in the system at a time when everyone was very stressed out and tired from the grind of COVID, and it became a rallying cry," she said.

More recently, Jarratt and her team launch the "Take it to Eleven" campaign in 2021, reintroducing consumers and customers to the 7-Eleven brand.

"It was the first time in five years that we advertised on TV, we significantly increased our media investment versus prior years, and it marked the beginning of a new era of modern marketing at 7-Eleven," Jarratt said.

The team also launched the "Brainfreeze Collective," an 80,000-member proprietary customer panel that allows 7-Eleven to research and analyze how it can better serve customers.

Additionally, the insights and analytics team has also started to accelerate personalization capabilities by leveraging the scale and scope of 7-Eleven's loyalty programs, and is preparing to launch its first retail media network.

Jarratt's team will continue continue to advance its data integration and monetization capabilities, focusing on maturing its marketing capabilities across digital, tech and data, which she sees as a way to provide the best customer experience both in stores and via the 7NOW delivery platform, plus the 7Rewards and Speedy Rewards loyalty programs.

"Data and digital is becoming the ante," she said. "Companies that learn how to leverage data and tell a compelling brand story that drives emotional resonance will be best positioned to attract and retain loyal customers."

Irving-based 7-Eleven operates, franchises and/or licenses more than 14,000 stores in the U.S. and Canada.

Convenience Store News and the Path to Purchase Institute are properties of EnsembleIQ.