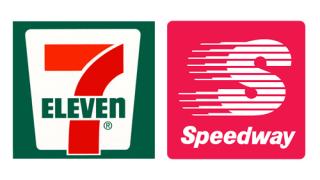 IRVING, Texas — 7-Eleven Inc. downsized its corporate workforce by eliminating approximately 880 jobs. The move was part of finalizing its organizational structure more than a year after the company completed its acquisition of Enon, Ohio-based Speedway LLC for $21 billion, the company stated on July 21.

The job cuts were primarily positions at the convenience retailer's support centers and field support operations in Enon and 7-Eleven's hometown of Irving, according to a Reuters report.

"We are just over a year into our integration process following the $21-billion Speedway acquisition and have made significant progress. As with any integration, our approach includes assessing our combined organization structure," a company spokesperson stated.

The spokesperson noted that the COVID-19 pandemic had delayed the assessment, but it is now complete, and 7-Eleven is finalizing its "go-forward structure."

The deal accelerated 7-Eleven's growth trajectory while also strengthening the company's financial profile, and diversified its presence to 47 of the 50 most populated metro areas in the United States. It also expanded its company-operated store footprint.

"We are very excited to welcome Speedway into the 7‑Eleven family," said 7-Eleven President and CEO Joe DePinto upon the acquisition. "Speedway is a great brand and a strong strategic fit for our business that significantly diversifies our presence throughout the North American market, particularly in the Midwest and on the East Coast. Together, we have the opportunity to redefine and enhance the customer convenience experience nationwide. This is a groundbreaking moment in our company's proud history."

After bringing Speedway stores into the fold, 7-Eleven began offering staples of its food and beverage lineup at the acquired stores, including Slurpee drinks and, at certain locations, its popular quick-service restaurant concepts Laredo Taco Co. and Raise the Roost Chicken & Biscuits. Two locations in Delaware and Avon, Ohio, were the first Speedway stores in the state to begin offering the concepts in March 2022.

Outside of the U.S., 7-Eleven's parent company, Tokyo-based Seven & i Holdings, has also been undergoing changes in recent months.

Under pressure from activist investor ValueAct Capital, the company announced in April that it would change up its board of directors following "constructive discussions with domestic and overseas institutional investors and shareholders in order to globalize its businesses and implement reforms in consideration of the voices from capital markets."

Since then, ValueAct Capital, which took a 4.4-percent stake in Seven & i Holdings this spring, has expressed support for the new board candidates while also urging the company to focus on its c-store business. In a May letter, the investor stated that the 7-Eleven business could be worth more than double what its parent was valued at if the company were to restructure itself to focus on the convenience stores or if 7-Eleven were spun off.

Irving-based 7-Eleven operates, franchises and/or licenses more than 13,000 stores in the U.S. and Canada. It also operates and franchises Speedway, Stripes, Laredo Taco Co., and Raise the Roost Chicken and Biscuits locations.