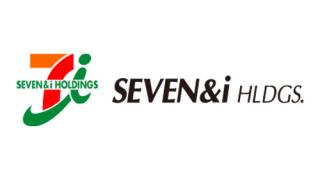 IRVING, Texas — Seven & i Holdings, the parent company of 7-Eleven Inc., has nominated Elizabeth Miin Meyerdirk, a founding member of Uber Eats, to its board of directors. The nomination is part of an overall effort to reorganize the company's global operations.

The former Uber Technologies Inc. executive will join the board as its new outside director pending approval from shareholders during the company's annual meeting on May 26, reported Forbes. Meyerdirk served as global head of business development at Uber Eats from 2015 to 2020.

Seven & i previously announced it would change up its board of directors following "constructive discussions with domestic and overseas institutional investors and shareholders in order to globalize its businesses and implement reforms in consideration of the voices from capital markets," as Convenience Store News reported.

Meyerdirk's nomination is the first concrete step in a planned revamp that will result in a majority of directors coming from outside the company, which will in turn add fresh management skills to help steer the company's growth outside Japan, according to the report.

These changes are driven in part by San Francisco-based investor ValueAct Capital, which took a 4.4-percent stake in Seven & i Holdings in spring 2021 and has strongly advocated that the company narrow its focus to the 7-Eleven convenience store brand. The investment firm has warned that if the company's attention remains "scattered," its shareholders will continue to see disappointing results.

The form's suggested four-step strategic transformation plan for Seven & i calls for:

Other investment firms pushing for a change of direction include Third Point, Third Avenue Management and Artisan Partners.

Earlier this month, Seven & i announced several three key decisions about its board of directors, including:

It also stated that it will continue to move forward with reforms of its business portfolio and has hired a financial adviser to conduct a strategic review of Sogo and Seibu.

ValueAct Capital has urged the company to sell off underperforming assets, claiming that by focusing on convenience stores, Seven & i could more than double its share price.

Founded in 1920, Seven & i Holdings Co. Ltd. is a Japanese diversified retail group with businesses that include department stores, supermarkets and financial services.