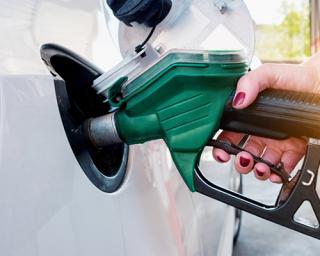 WASHINGTON, D.C. — Nearly all new 2020 automobiles are explicitly approved by the manufacturer to use E15, gasoline containing 15 percent ethanol, according to a new analysis of vehicle owner's manuals and warranty statements by the Renewable Fuels Association (RFA).

However, the annual review also found that automakers are offering fewer model year 2020 flex fuel vehicles (FFVs) that are capable of running on E85, blends that contain up to 85 percent ethanol.

Only Ford and General Motors are offering FFVs in model year 2020, and just 16 models in total will be available as FFVs. Six of those models are available only to fleet purchasers. This is down from more than 80 different models from eight manufacturers that were available to consumers as recently as 2015.

"It is frustrating and disappointing to see automakers hitting the brakes on FFVs, especially at a time when more consumers are actively seeking out E85 and other low-carbon flex fuels," said RFA President and CEO Geoff Cooper, noting that E85 sales in California have quadrupled since 2013 and doubled in the last two years.

"EPA has failed to maintain meaningful incentives for FFV production, and the auto industry has responded by abandoning this low-cost, high-impact technology," he added. "Not only do flex fuels like E85 save drivers money at the pump, but they also significantly reduce greenhouse gas emissions and harmful tailpipe pollution. Rather than encouraging more petroleum use, our lawmakers, regulatory officials, and automakers should be taking definitive actions to put more — not fewer — FFVs on the road."

The RFA is encouraging drivers to make their voices heard to both political officials and the auto industry itself, such as through a recent online grassroots petition that asks automakers to offer more models designed to run on "high-octane, low-carbon ethanol blends such as E20, E30 and E85."

The RFA analysis also found that manufacturers responsible for 95 percent of U.S. light-duty vehicle sales unequivocally approve the use of E15 in their model year 2020 automobiles. BMW models will carry the manufacturer's approval to use E15 for the first time, and the BMW Group approves the use of up to E25 in its 2020 models, including its Mini line.

All new General Motors vehicles are clearly approved to use E15 for the ninth year in a row. Ford has explicitly endorsed E15 in eight straight model years. Of the major automobile manufacturers, only Mercedes-Benz, Mazda, Mitsubishi and Volvo — which collectively represent less than 5 percent of U.S. sales — do not include E15 as an approved fuel in their owner's manuals.

"As this analysis shows, virtually all new cars, SUVs, and pickups are approved by their manufacturers to use E15, a lower-cost, higher-octane, cleaner-burning fuel available today at more than 1,900 retail stations in 30 states," said Cooper. "RFA has worked diligently with the automakers over the past decade to ensure a smooth market transition to E15, and we are thrilled that each year more manufacturers recognize the benefits of E15 to their customers. We are especially pleased that beginning with the 2020 model year, BMW now approves not just E15 — but up to E25 — in its new vehicle offerings."

The RFA estimates that nearly 97 percent of registered vehicles currently on the road are legally approved by the U.S. Environmental Protection Agency to use E15, and nearly half of those vehicles carry the manufacturer's endorsement to use E15.